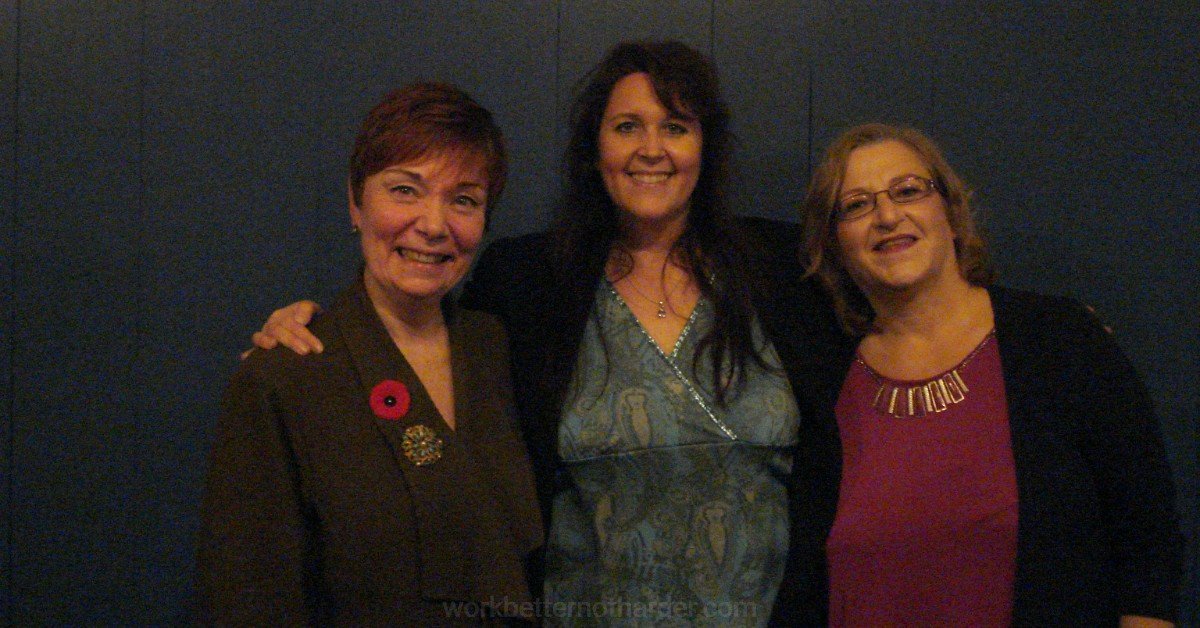 Over coffee at Starbucks last summer, Mary Jane Copps, The Phone Lady, and I were chatting about the benefits of using the phone versus email for business communication. We decided to take our debate to the public.

In September, we announced that comedian Lianne Perry would be our MC for the live debate scheduled for November 5, 2014, at the Westin Hotel in Halifax. We launched a website, online votes started to tally, and ticket sales began.

Mary Jane and I took the debate online with articles on our blogs. Mary Jane started with her blog post When You Say “Hmmmm”. “When reading an email, if at any point you go “Hmmm, I wonder what they mean by that?” …pick up the phone!” (Click to Tweet this!)

I continued the debate with 7 Tips for Communicating Details by eMail, one of the big benefits of email over the phone. Next, I wrote about The Speed of eMail. “If you need to reach a lot of people fast and at the same time, email is definitely the medium of choice.” (Click to Tweet this!)

In Are You Being Received? Mary Jane wrote, “When you send email to someone you’ve never corresponded with before, or rarely correspond with, the odds are against you in terms of them:  1) receiving it and/or 2) reviewing it.”

At one point, Mary Jane even tried to intimidate me by revealing her own past debating experience!

As the results of the online voting started to trend, Mary Jane and I both agreed that they were quite surprising! What we didn’t tell anyone beforehand was that the phone was leading right from the start, and the gap continued to grow. Our sold-out event was fun and challenging… a success! The telephone won both the online and live votes.

We developed an infograph to illustrate that choosing your mode of communication is often critical. This is our best advice on what’s best in some common situations: