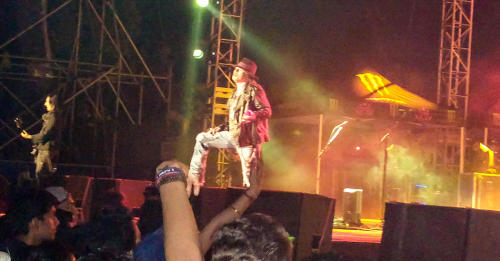 “Other bands had mailing lists, but one of the secrets to GN’R’s success was how much time and effort we spent building and maintaining ours.”

Bassist Duff McKagan describes Guns N’ Roses’ email marketing campaign in his book “It’s So Easy (And Other Lies)”. They used some aggressive and unusual tactics to build their mailing list, including sending strippers into the audience at their concerts.

“At first we had to hustle really hard, but we grew our fan base faster as a result; as our mailing list expanded, it was easier and easier to sell tickets to our shows.”

GN’R didn’t just send a message when they had something to promote; they maintained regular contact with their fans. They were one of the first bands to adopt email as a marketing strategy and attribute much of their early success to building their fan base through regular contact.

Once you have gone through the hard work to build your list, don’t neglect it. Maintaining regular contact is critical to making your list building efforts pay off.