How to Build an Audience (Almost) Instantly 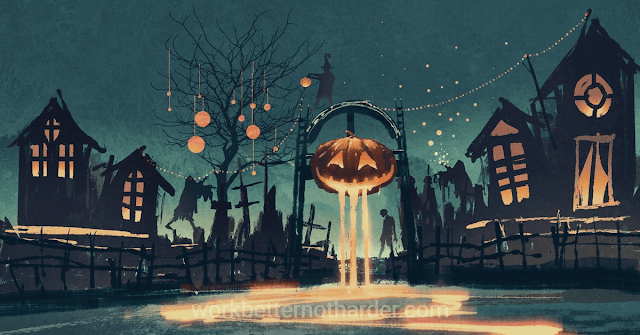 Don't you love it when you try something new and it turns out super successful? How about something like getting 41 new subscribers in an hour? Yes, that is possible for small businesses - I watched it happen this morning.

East Coast Scares, aka Carnival of Terror, is ramping up for Halloween 2018. This team has been hosting haunted houses in the Halifax area since 1994 and has a loyal fanbase. It makes sense that most of their fans are using Facebook - their Facebook page has almost 2000 likes! But for 24 years they've never had a way to communicate directly with their fans, to give them info about their schedule, location changes, and even ask for volunteers. Until now.

Now Carnival of Terror can send messages directly to subscribed fans via Facebook Messenger. No MailChimp or iContact, no complicated subscription forms - just a simple chatbot. When they're ready to start scaring people in October, their fans will know when and where to find them. (And they're talking to their fans in a way that their competition isn't.)

How did they get their first 41 subscribers in one hour? Well, there were 126 people who had previously sent messages to their page. Because the connection already existed, it was legal to send a message asking these people if they want to opt-in. In 5 minutes, they got 24 subscribers, and now they're up to 44. (Yes, that's 3 new ones since I started writing this post!)

There are many things about using chatbots that are almost as cool as this but, in all the years of building my own list and helping clients build theirs, I've never seen this kind of instant success. Here are some numbers for those who like data:
Let me do the math for you - that's a whopping 35% opt-in rate (so far)! You won't get those numbers with email.

If your fans are using Messenger (and 900,000,000 people are), think about all the options available to you for talking to them - and getting the conversation started with a chatbot. (If you want to see how it works, go to their Facebook page and click 'send message'.

PS: The chatbot application I use is Botletter. It's super simple - check it out here (aff). 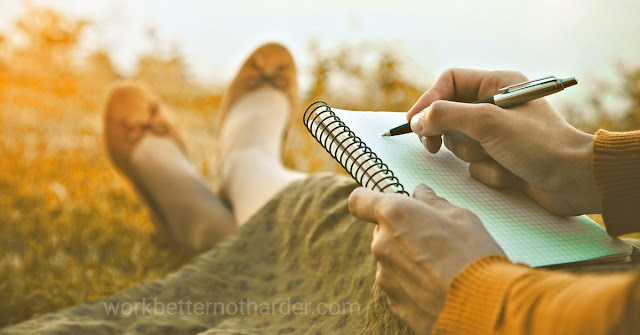 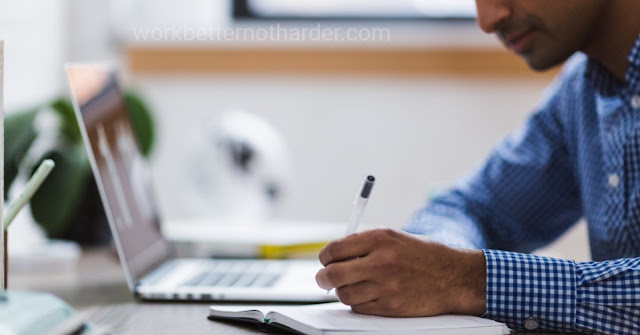 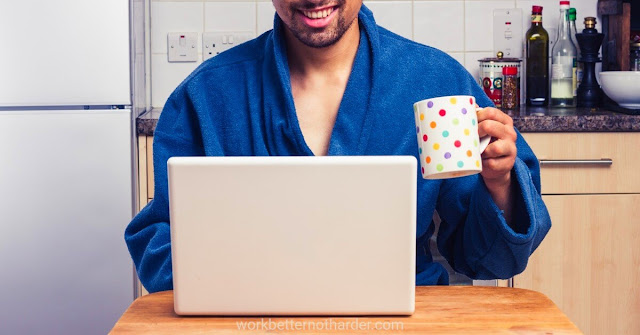 When you watch TV, you can't wait for the ads. On YouTube, you let every ad play fully. You open your email inbox eagerly every morning, anticipating all the emails with this week's sales or next week's webinars. You read the newspaper for those big black and white ads. You check out every promotional link that Google places in your search results. You go for the ads first when you log into Facebook. You're entranced by the billboards on the Bedford Highway.

There is no one eagerly anticipating your sales pitches. (Your mother doesn't count.)

We keep on doing these things, even without an eager audience, because they work sometimes. That perfect timing, or perfect graphic, or perfect wording, sometimes gets people's attention. So we keep doing what works sometimes.

Eventually, though, what worked sometimes starts to work even less frequently. As more and more marketers adopt the same strategies, it'…
Keep reading »

What Name Are You Using? 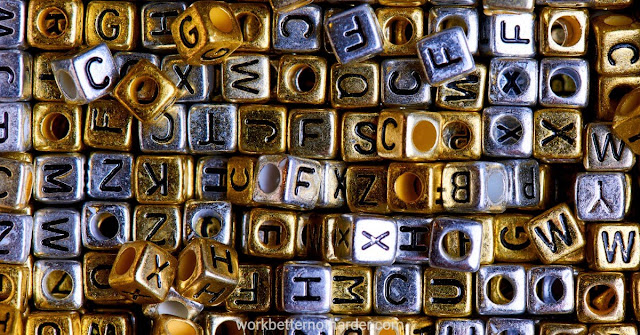 This morning I deleted an email from a good friend and past client. I didn't realize it was from that wonderful lady because it didn't show up in my inbox from her name or her company's name. I only dug it out of my trash after deleting because the wording of the subject line seemed familiar.

42% of people check out the sender name when deciding whether to open an email.
- source: https://litmus.com/blog/6-shocking-myths-about-subject-lines

My own newsletters, my blog posts and my weekly event list all go out from my own name - Linda Daley - and have for years. I absolutely know that if I suddenly changed the sender name on my emails, to say Daley Progress, my open rate would drop significantly. This is an experiment I don't need or want to try.

Personal names often do better as far as email opens go but it can depend on how well you know your subscribers. More importantly, don't switch the sender name once you're well established. You want your subscribers to re…
Keep reading »

Does Your Writing Pass the $1-A-Word Test? 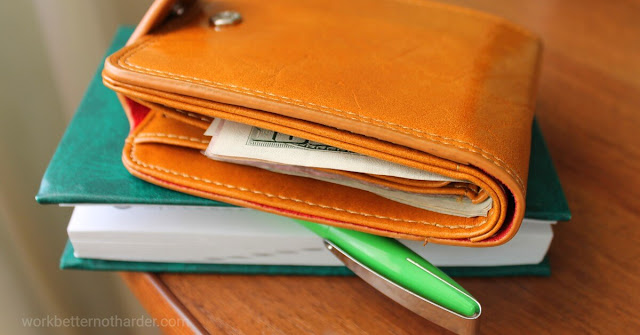 If you are looking for a quick and certain way of giving your words more impact, look no further than your purse or wallet.

Take a look at the last thing you wrote. It doesn't matter if it's a letter, email, report, newsletter, web content or promo script.

Look at it with a critical eye, and with this question in mind: "Am I prepared to pay $1 for every word I've written?"

Go through the script slowly. Strike out every word that isn't working hard to convey meaning.

Make sure you use the active voice. 'The man opened the door' is active. 'The door was opened by the man' is passive (and two words longer than the active version). A $2 saving in one short sentence.

Look for any of those phrases that slip into our writing unbidden. 'It's my considered opinion' is $3 more expensive than 'I think'. 'At this moment in time' is a long-winded way of sayin…
Keep reading » 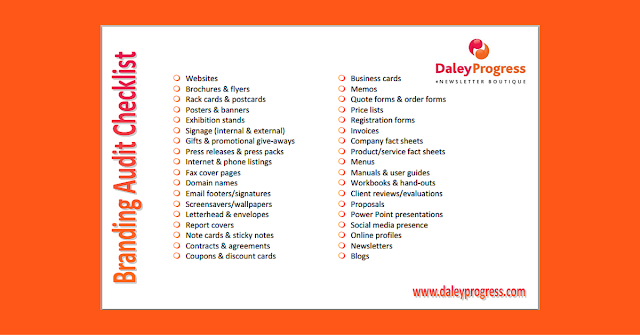 When was the last time you audited your brand? If it's been more than a year, it's time.

Your brand is more than your logo - a lot more. It's also more than all the pieces you can touch or look at. But all of those pieces need to be just right to pull their weight as part of your marketing strategy.

Too busy, you say? This is a great job to delegate because a different set of eyes may catch things you won't.

A great option is to find another business owner you can partner with. You audit their brand and they audit yours.

Take a moment now to add a branding audit to your to-do list or calendar. 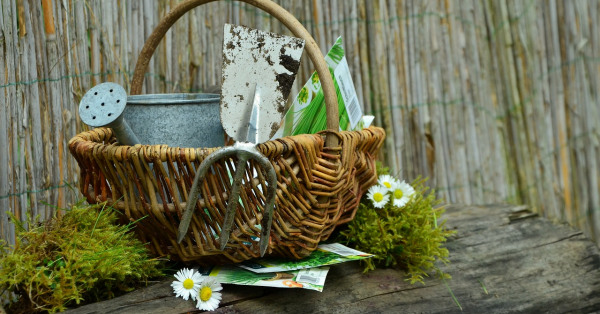 This Useful Process Helps You Teach with Your Writing 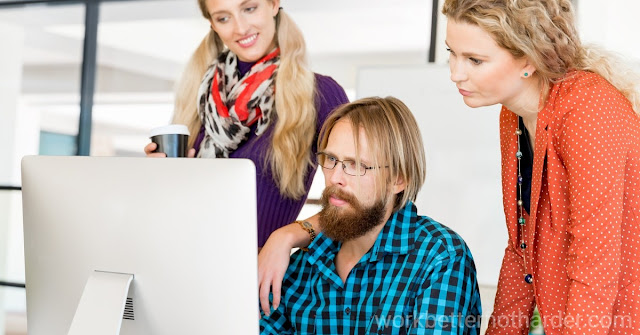 If you do any amount of training or facilitating work with customers, you may already be familiar with adult learning models. Teachers use them to prepare insightful learning experiences.

The one I'm familiar with is Kolb's Experiential Learning Cycle but there are others equally useful:


Learning can start at any stage in the cycle:
Concrete experience - encounter a new experience or reinterpret an existing experienceReflective observation - reflect on an experience from a personal perspectiveAbstract conceptualization - form new ideas (or revise existing ideas) based on reflectionActive experimentation - apply new ideas to surroundings, test for changes in the next experience
The next time you sit down to write an article intended to teach, consider following this process. Pick the most obvious stage at which to start for the topic you have in mind. Work your way through the cycle, perhaps having a paragraph or two for each stage. Your writing will flow smoothly from one poin…
Keep reading »

The Wrong Way to Introduce Your First Newsletter 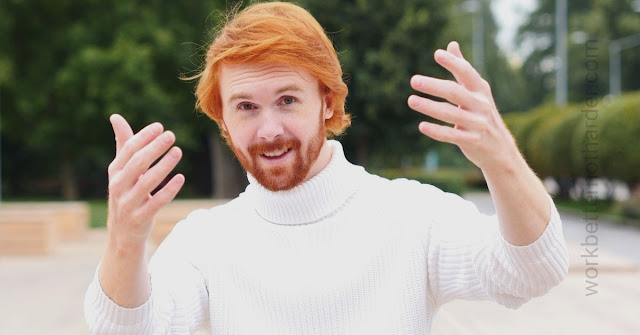 You wouldn't hug a complete stranger. So, if the red-head in the photo approached you on the street, you'd likely back away and think WTF. Even if he wants a date, that's a pretty lame approach.

We don't have much room for needy strangers in our small business lives. It's enough work to keep up with friends and colleagues. So why the heck would any business person send a newsletter to a stranger that starts like this... ?
We spent many hours and resources on researching, writing, proofing and designing this newsletter. As a valued customer, we are offering this newsletter to you for FREE! It's too bad they spent all those hours and resources. And too bad they didn't know FREE newsletters haven't been unique for a very long time. Next, they'll wonder why email marketing isn't working for them.

Especially for your very first issue, there are a few basic things to include. The most important is to give value or point out the value to your reader im…
Keep reading » 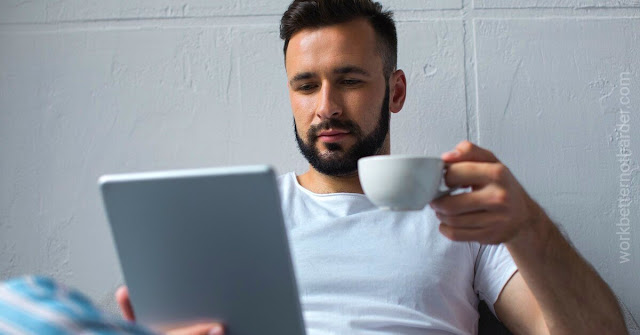 It's always useful to check in on your blog stats so you can see what people are interested in reading. This year I'm a little surprised with some of the posts that have been read the most on Work Better, Not Harder. Here they are:

#1. 7 Out Of 12 Small Business Bloggers Agree On This
When I teach marketing courses, the group eventually tires of seeing this list of key reasons for publishing a blog or newsletter come up on the screen in every class. Focus on only 2-3 main goals.

#3. 3 Ways Having a Social Media Strategy Will Save You Time
Guest blogger Anita Kirkbride says, "If your paralysis stems from social media, the best way to get moving is to create a social media strategy and plan out what you need to be doing. Her…
Keep reading » 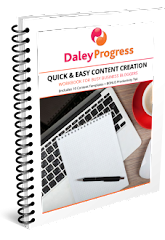